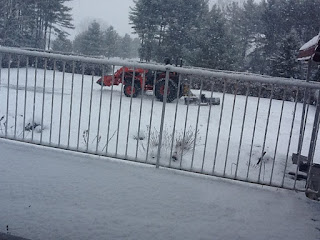 Posted by Darren Elliott at 3:09 pm No comments:

It's been a weird winter...

The last few winters have been pretty normal with snow on author ground through out the winter but this is just one of those years where the winter is only around on the weekend and this week is supposed to go back to +5 degrees so we will see what happens this weekend coming up and if it snows again...

Brought the iPad over to the hill so I can blog, chat and check things out...I'll test sendings photo to the blog later...

Posted by Darren Elliott at 2:35 pm No comments: 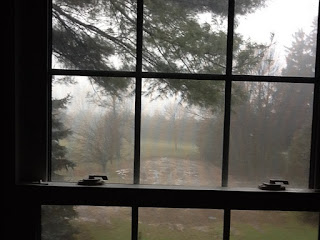 Posted by Darren Elliott at 1:45 pm No comments:

The month so far

Sofar were fighting a war to hope that it stays cold and they can keep making snow over at the ski hill I work at but then mother nature fights back and the sun comes out and were back to square one. Right now a lot of snow has melted after a few days of cold and a day or so full of snowfall. I'm looking out my window and it's bare out there we had about 3 or 4cm of snow and then now it's melting...last night we got tons of rain so that melts the snow... Anyways life is ok, for now...I just wanted to update everyone for this week...I'll update you soon... Bye
Posted by Darren Elliott at 1:39 pm No comments:

January
-same as any january
february
lessons and school groups at the hill(hard at work)
March
nothing big and or new
April
17th-Birthday, in the afternoon my mom and wally and anne went to the katana kafe and had lunch to celebrate my b-day (weather was foggy)
May
5-6th Hamilton Av Expo first airshow or expo of the season
27-CWH airshow firt real propper outdoor airshow
June
24-26 GLIAS, probably the best airshow of the year...
July
nothing big
August
20th and 21st-KW  airshow.
Was probably the last airshow of the season
September
unknown date, we had our 3rd successful doors open/open house thing...we had 3 flights with members who paid in full for a half hour flight...
I had my old camera there and took some shots but at the time had no long lens
24th-Tillsonburg CHAA wings and wheels
met steve and paul at the airport at 9am and set up the booth, was pretty simple and straight forward, we were there to sell calendars and pass out pamphlets etc. I met eric dumigan (airic.ca) and finally met kevin moore at the show as well. I tried out eric dumigans camera and tried to take osme shots with my old camera which I had found a longer lens at that point in time
October to December
same old same old
thanks for reading
Darren Elliott
Jet Aircraft Museum
Volunteer/Member
Posted by Darren Elliott at 3:41 pm No comments:

Harry Potter and the Sorcerer's Stone
by J.K. Rowling

Harry Potter and the Prisoner of Azkaban
by J.K. Rowling

Harry Potter and the Goblet of Fire
by J.K. Rowling

Harry Potter and the Half-Blood Prince
by J.K. Rowling

The Arctic Incident
by Eoin Colfer

Check out music from Darren Elliott